Have You Ever Wanted To Visit A Cacao Plantation? 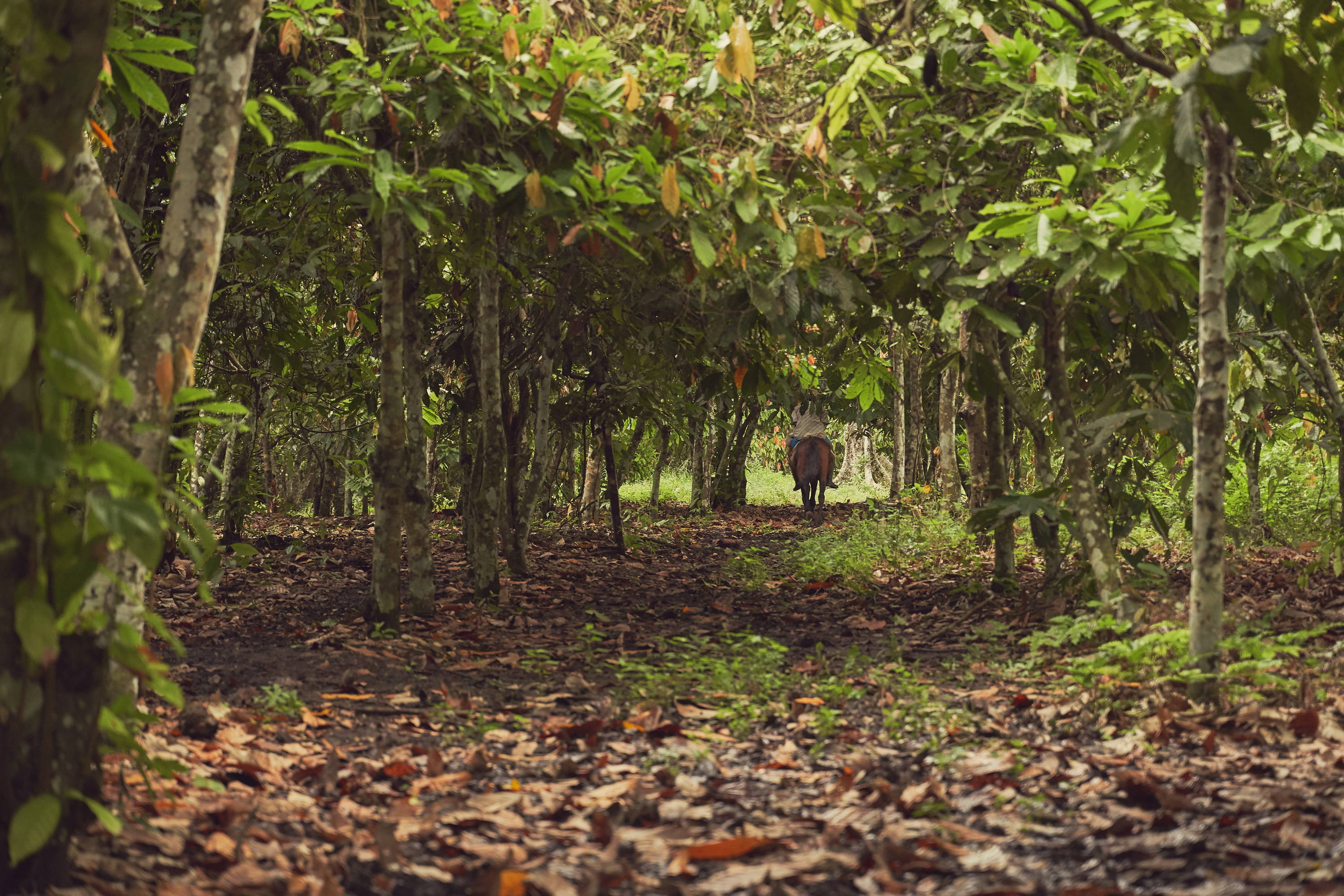 As chefs, we can often romanticize about the way something is prepared or the techniques that make something special we can put our sense of pride in the products we make and the ingredients we buy, but it's not every day that we can take the time away from the kitchen to visit the farm or our vendors. For us, chocolate was something we became passionate about the moment we got our hands on it. It can be used to create beautiful showpieces and can equally be admired for its technical elements and mindset needed to develop recipes and formulas. One of the first books we picked up on the matter was Ramon Morato's book, Chocolate, and it totally changed us and the way we saw chocolate. There were many ideas and visions planted in our heads after reading it, and one of them came true for us this year, a trip to Ecuador.

When we arrived in the country, we landed in one of the country's larger port cities just south of the equator, Guayaquil. As we stepped off the plane, the thought of what we were about to embark on still felt very unreal, until we met the first of many chefs that would be joining on the adventure, Ben Van Leeuwen of VanLeeuwen Ice Cream, Pastry Chef Richard Ruskell of UCLA, and Bernhard of Christy's Gourmet Gifts. Republica del Cacao (RDC) had arranged a trip for 12 other chefs and ourselves to visit, not just their cacao plantations, but to visit their sugar cane fields, dairy farms, and manufacturing facilities, making for an all-encompassing experience on how chocolate is made. 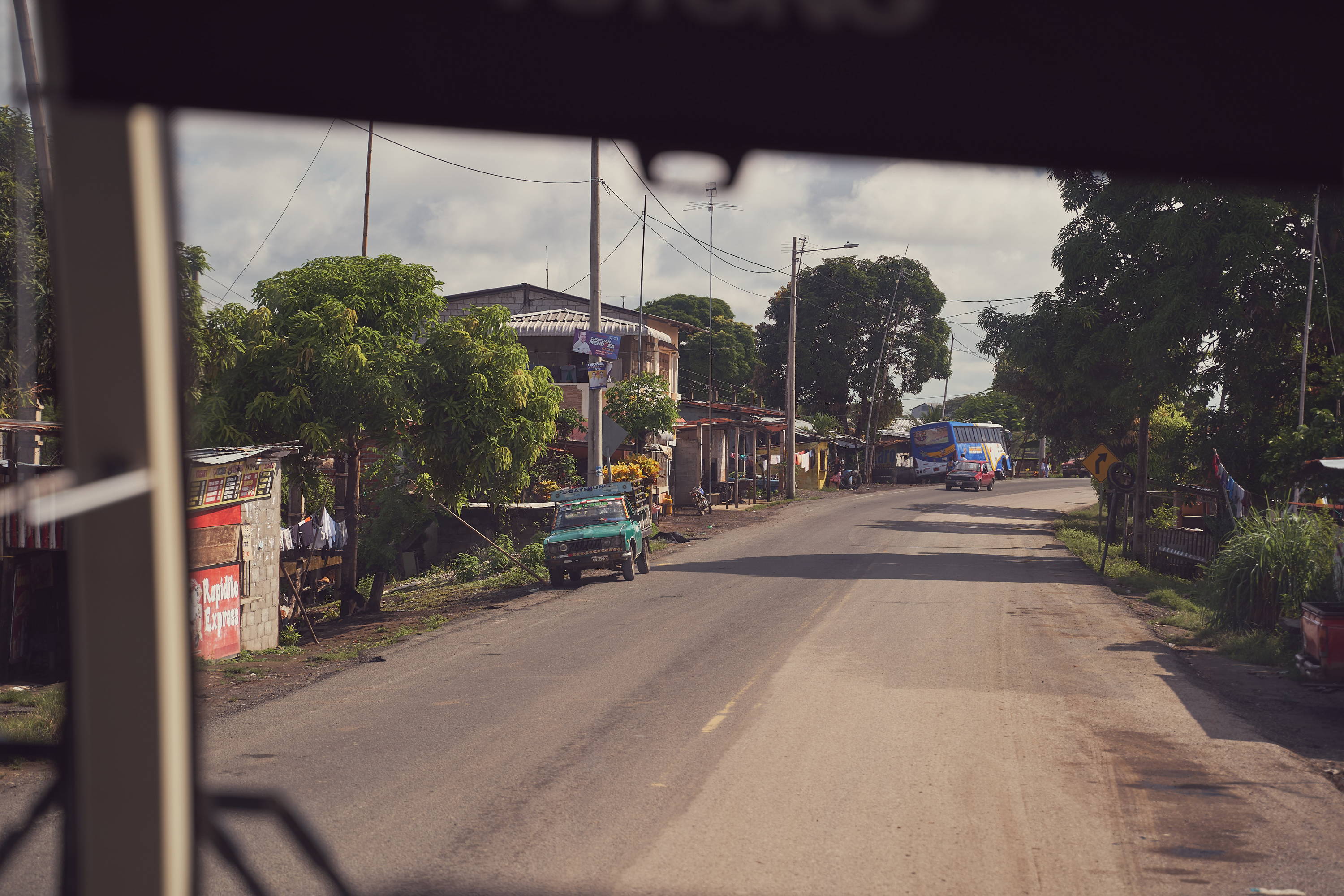 When we arrived at the property, you wouldn't have guessed that just behind it sits a cacao plantation. The area we were in was a rural one where we saw many fields, which was not what we were initially expecting. For whatever reason, the story we had in our minds was that the cacao was going to grow in a more jungle-like environment. As we got off the bus and stepped foot onto the property, we saw a few free-roaming animals, again, not what we were expecting. As we walked passed the cows and other animals, we came to the point where we had to cross a small body of water. Looking back, this was one of the unforgettable points of the experiences of that day, because we crossed that body of water on a homemade bamboo bridge. On a rainy day, that bridge would easily be submerged underwater, because the only thing holding us up was the buoyancy of the bamboo. We lined up and began crossing this bridge with a 30-second gap between each couple of people to prevent the bamboo from sinking into the water as we crossed. Everyone had to hold onto the single bamboo railing and side shuffle across to the other side. Some were able to cross more graceful than others, but in all good fun, everyone had a good laugh by the time they reached the other side.
Our tour guide, José, led the way back into the plantation where he taught us about the history of cacao in Ecuador. It was a fascinating lesson given that we've primarily focused our efforts to understand the ingredients, rather than think about the big picture of how agriculture can shape and affect an economy. *Fun fact, Ecuador's 5 main exports are: flowers, shrimp, oil, cacao, and bananas. A special moment for all of us was when the farmer had chopped a cacao pod off the tree, cracked it open in front of us, and let us sample the raw cacao straight from the pod. Everyone on the trip was familiar with the taste of cacao, but straight from the tree, it's flavor profile is much different. For one, before you get to the bean itself, you'll taste the pulp of the fruit, plump and white in color with flavors of a combination of tropical fruits with tangy floral notes and a touch of sweetness. It hasn't reached mass commercialization yet, but over the last few years, companies have begun to capitalize on this delicious pulp and make its juice available for purchase. When we got to the meat of the cacao, it's texture before the fermentation and drying process was much like biting into a piece of melon just before it becomes ripe. The flavor and bitterness felt very familiar to the cacao nibs you've grown accustomed to, but when combined with the sweetness of the white pulp, its character was indeed unique. 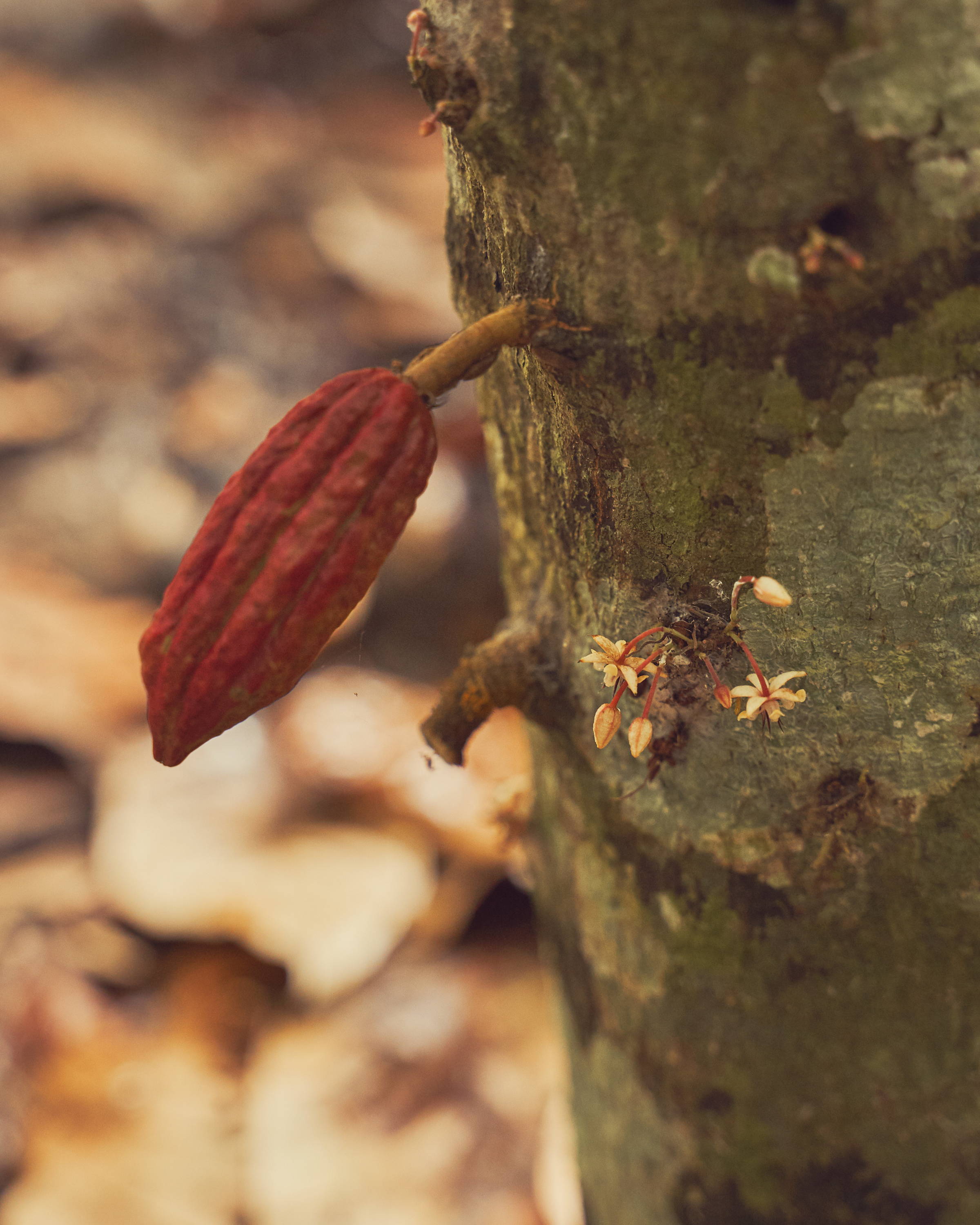 Over recent years, we've heard several different innovations that have made the drying process more effective, and on this day, we saw another. In many books that showcase this process, you would see the beans drying on the ground. For RDC, the beans can dry out in the sun instead of simply being under a roof with open-air circulation. They're able to achieve this by constructing a large frame with multiple tiers of beds that sit under a roof and extend out into the open air. This allows the workers to pull the beds out into the sun when the weather is favorable and push them under cover when it is not. Over the 5-7 day process, the workers will tend to the beds making sure that the beans get mixed every few hours to ensure they dehydrate evenly. Once the beans reach about a 7.5% moisture content level, they would be bagged and shipped off to the RDC manufacturing facility. It wouldn't be until later in the trip that we would visit the factory and learn about the desirable characteristics the bean shows when properly fermented. 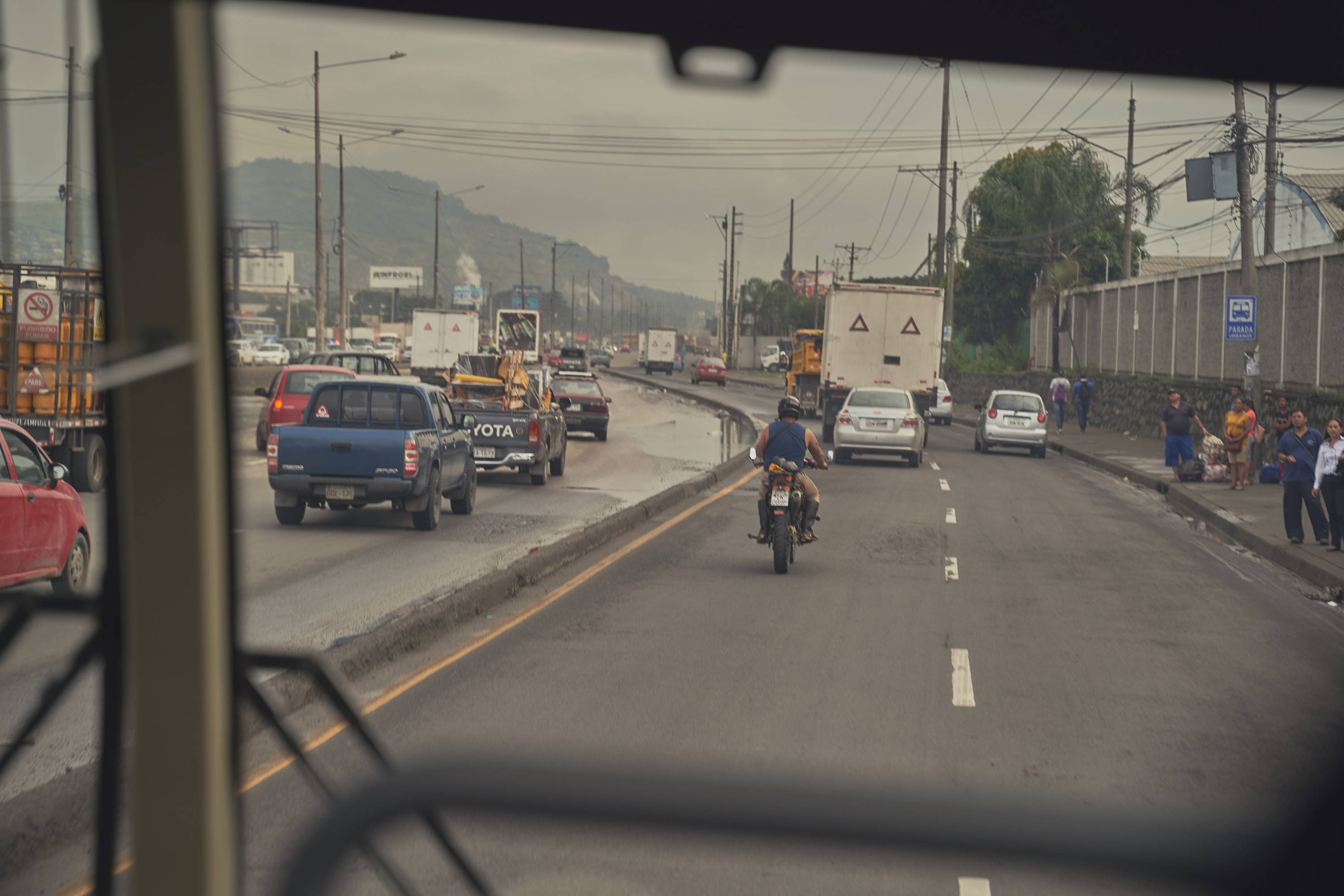 To no surprise, everyone who made the journey from the US was exhausted, but that would change by the time we arrived at the hotel that evening. Once the reality of the trip sunk in, the idea of sleep became rather unappealing, and we decided to do what any rational person would do, grab a couple drinks with our new friends. Everyone shared their tales of experiences with large scale production and manufacturing, which was both refreshing and fascinating as many of the connections we've made were with smaller artisans. The following morning our day would begin right at dawn, which meant a 6 AM wake up call. Having only seen the city at night, we woke up, stepped outside the hotel for a few minutes to see what the neighborhood looked like. The city was still full of life, and the narrow streets were full of cars and motorcycles, but we also came to realize that battling the heat was going to be no picnic in the park. At that moment, we attempted taking the first photo of the trip. We were met with a dew point so high, that our camera lens immediately had condensation on the outside of it, making it impossible to take a good photo. Luckily, by the time we made the 2-hour trek from Guayaquil to Vinces, the weather had warmed up enough that we were able to take some good photos. 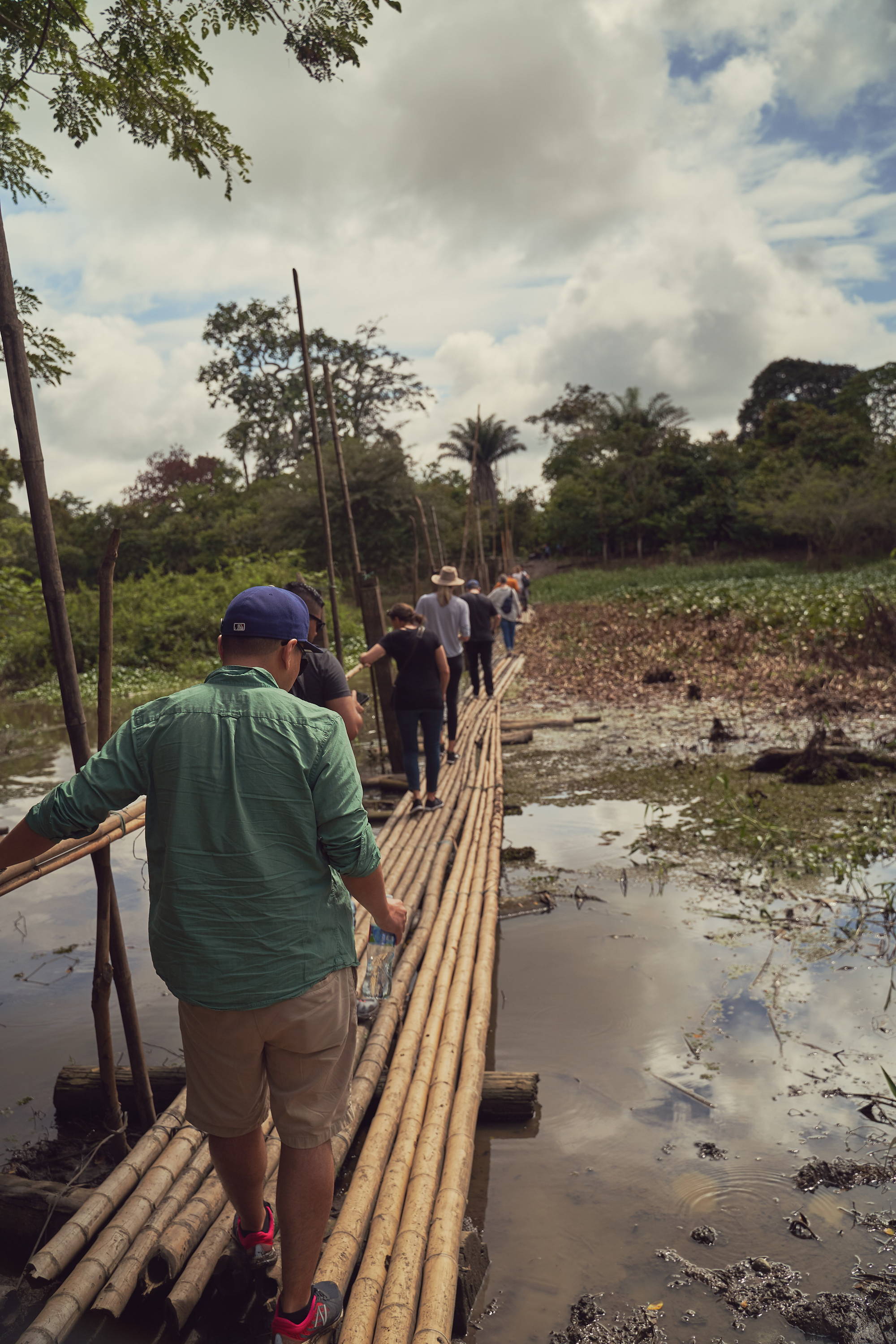 As we were finishing the tour of the plantation, we were given several more fascinating facts about cacao. Before heading to the collection center: 1.) 1 hector of plantation land grows 1000 kilos of cacao 2.) Cacao begins as a flower and does not mature into a pod, unless, it's successfully pollinated 3.) 4000 flowers will grow on a tree, but only 1/100 will turn into a cacao pod.

At the collection center, not only were we able to see how the cacao from the partnering farmers comes in, but this is where we saw the fermentation and drying process. The fermentation process is something that we're sure you're familiar with, but to see and smell it first hand was beautiful. The smell in the building where the fermentation was happening was so intense and ripe, yet incredibly, the room wasn't even at half capacity. Upon walking inside the space, we saw wooden bins on 3 levels that extended the length of the building and almost 15 feet high. As we were ushered in, we climbed the stairs seeing each level which represented a different stage of the fermentation process. The beans at the top, were from the freshest harvest and would stay there for 2 days and would be agitated every so often throughout the day to redistribute heat and make the ph more consistent. At the end of the first stage, the front panel of the bin would be removed, and the beans would fall to the second level, where the process would repeat for 1 day. This would then be replicated the next day, before ultimately being transferred to dry in the sun. 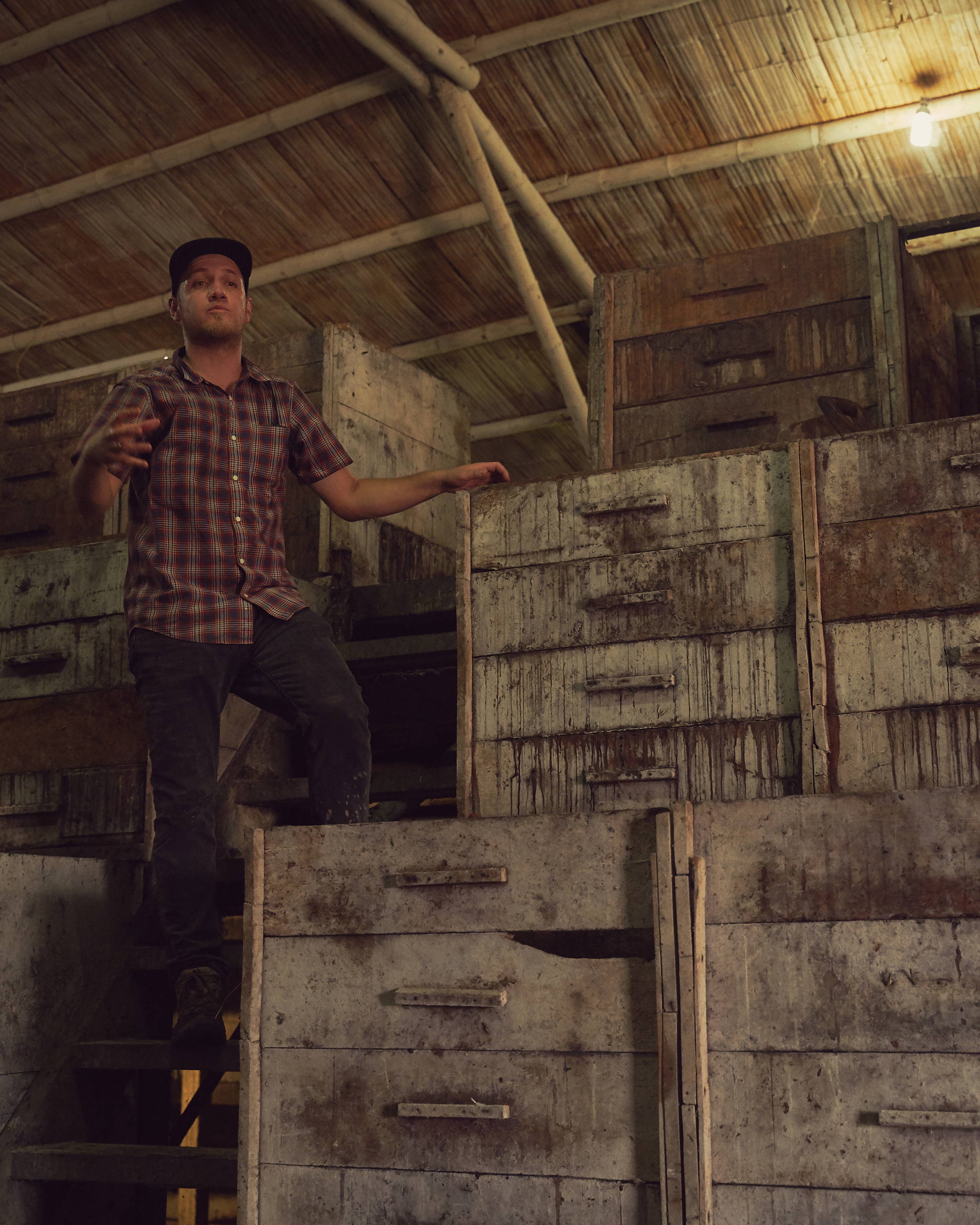 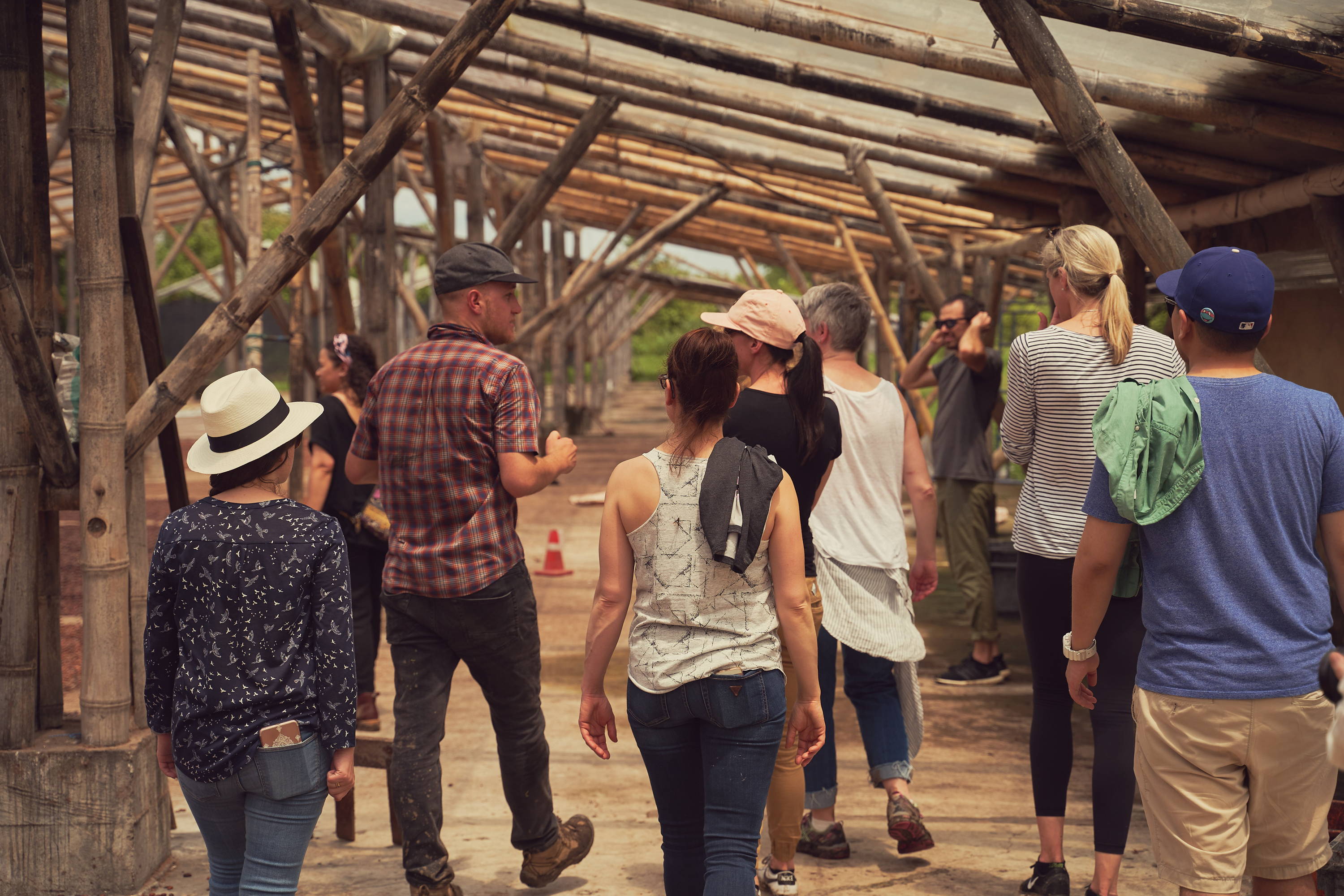 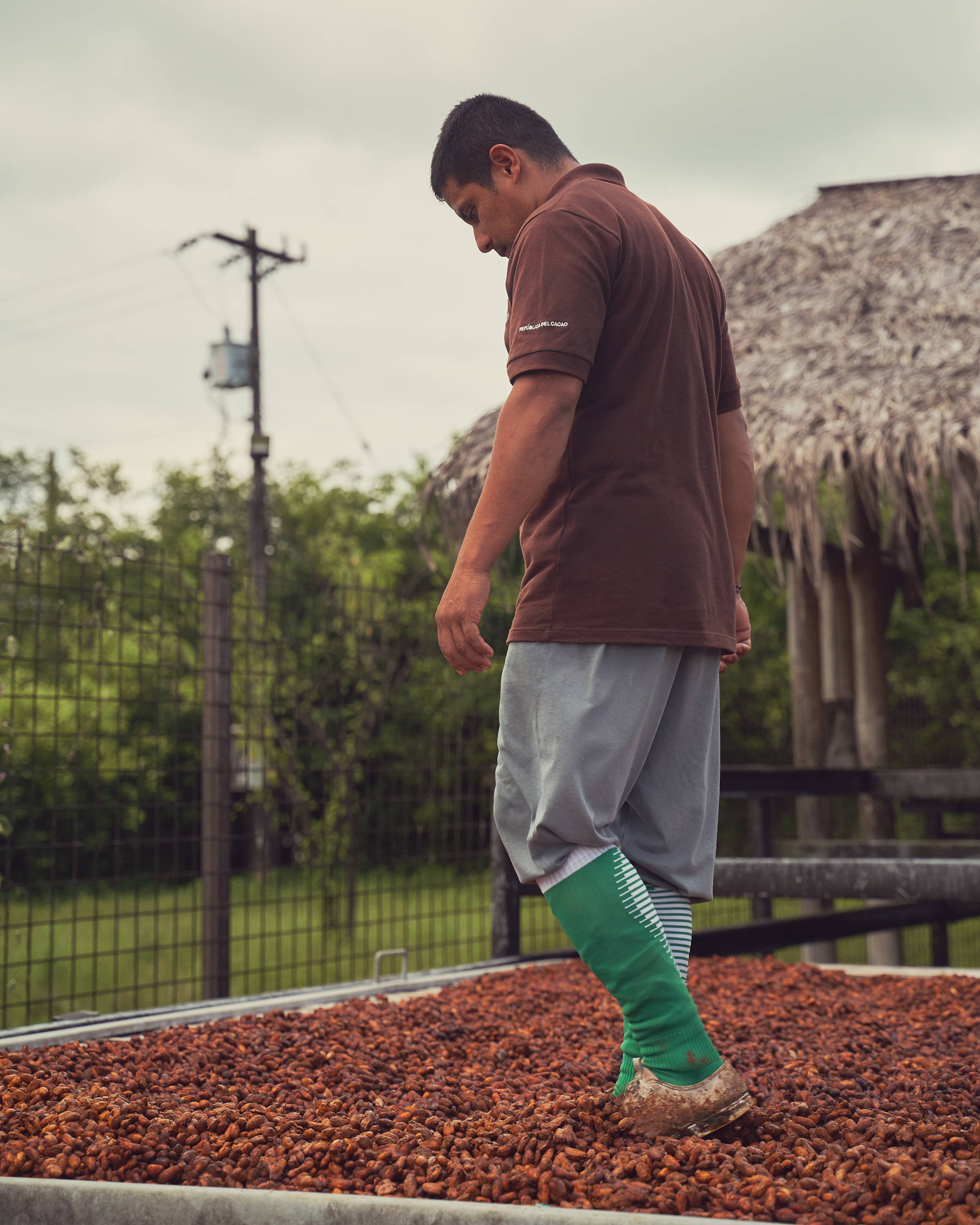 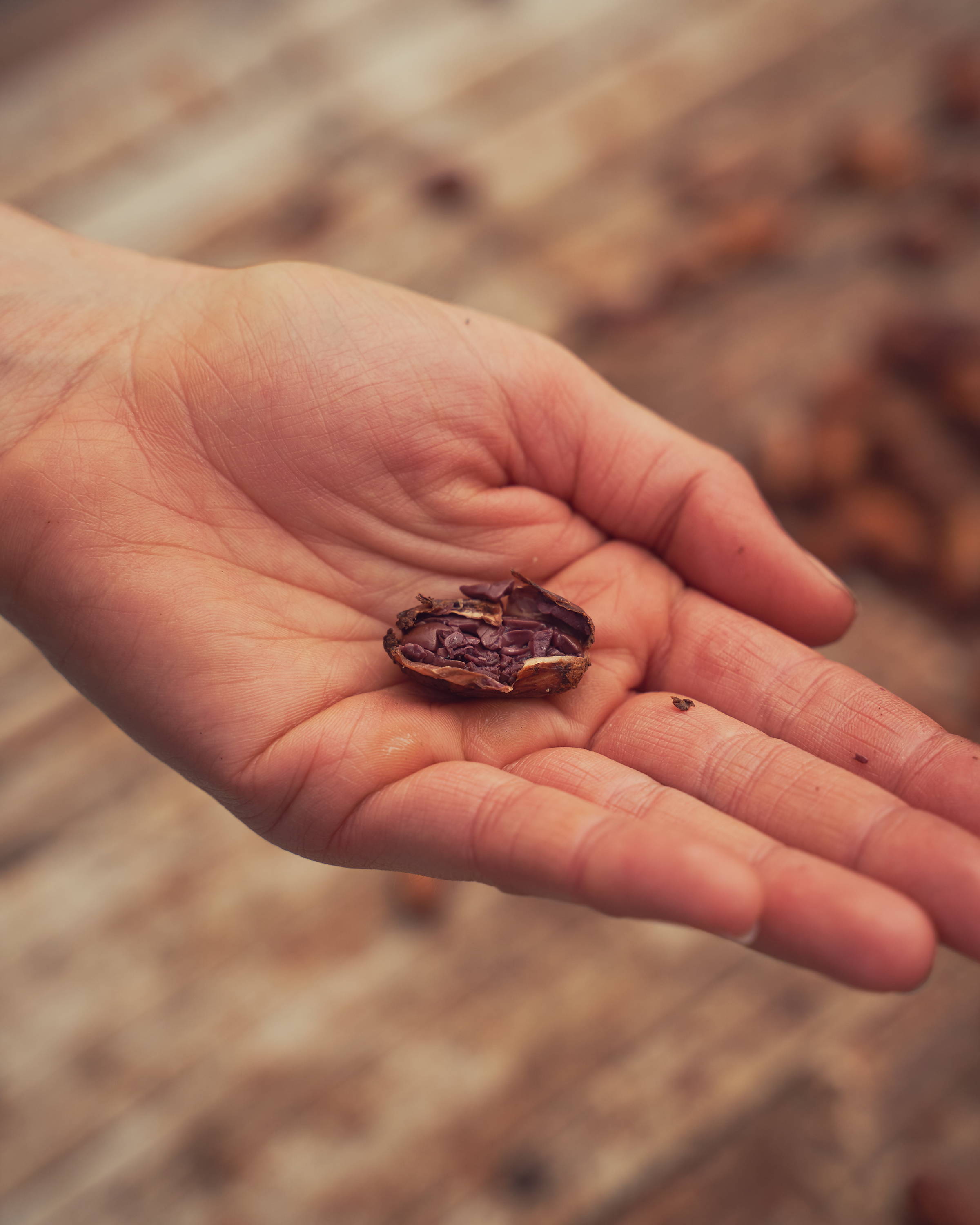